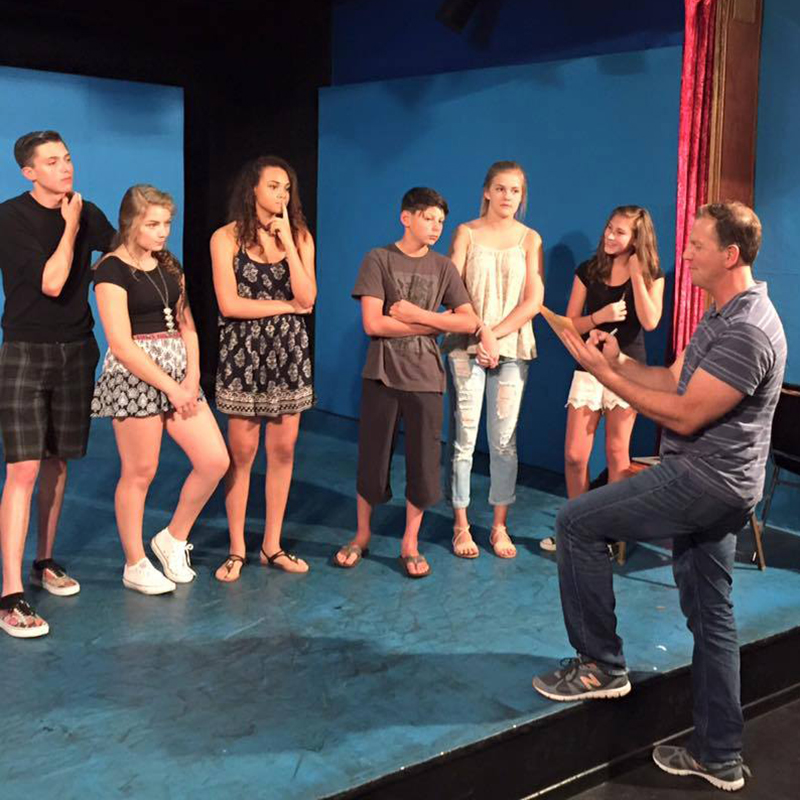 I first started teaching young people acting technique back in 2000, when I was hired by a manager who represented professional young actors.

The thing I most enjoy about working with younger actors is their ability to engage their imagination.  They are fearless when it comes to exercises that allow them to pretend to be somebody or something other than themselves.

During this course we will explore different acting techniques. We will play improvisation games and learn to think fast and instinctually. Using exercises, I learned through my studies at Player’s Workshop of the Second City (Chicago), The Groundlings (LA) and Chris Barnes Comedy Dojo (LA), we will have fun creating characters and scenes based on ideas in the moment. These acting technique classes might include

We will talk about playable actions and making choices to do something to the other person to get want you want in the scene.

We will also have a lot of fun exploring both dramatic and comedic scenes. A lot of the comedic scenes will be from shows that children of all ages audition for on (to name but two) Nickelodeon and the Disney Channel. We will talk a lot about the tone of a show and even the network it’s on. We will explore the difference between auditioning for a ‘heightened energetic’ show on Nickelodeon or Disney Channel as opposed to reading for a one-hour network drama or a feature film.

At least one week of the class we’ll be working and focusing on commercials. I’ll provide audition material and we’ll watch commercials in class and discuss what makes the young actors stand out and then we’ll work on our own commercial auditioning technique. We’ll also be engaging in improvisation scenes, as many commercial auditions use improv.

As a teacher I use a variety of methods to explore creativity and often use music, art and dance in the process of achieving artistic freedom both vocally and physically. In one of my exercises, I play a variety of different themes from famous films and have young actors transform into characters based on the music playing. For example, if I’m playing ‘The Pirates of the Caribbean Theme’ they might jump into a pretend sword fight or if I play a song from a musical, they might be inspired to move however the music makes them feel.

I will also help answer any industry related questions and periodically will have an industry night where I will invite my agent/manager/casting director friends (at no additional cost) to watch some prepared scenes and/or monologues.